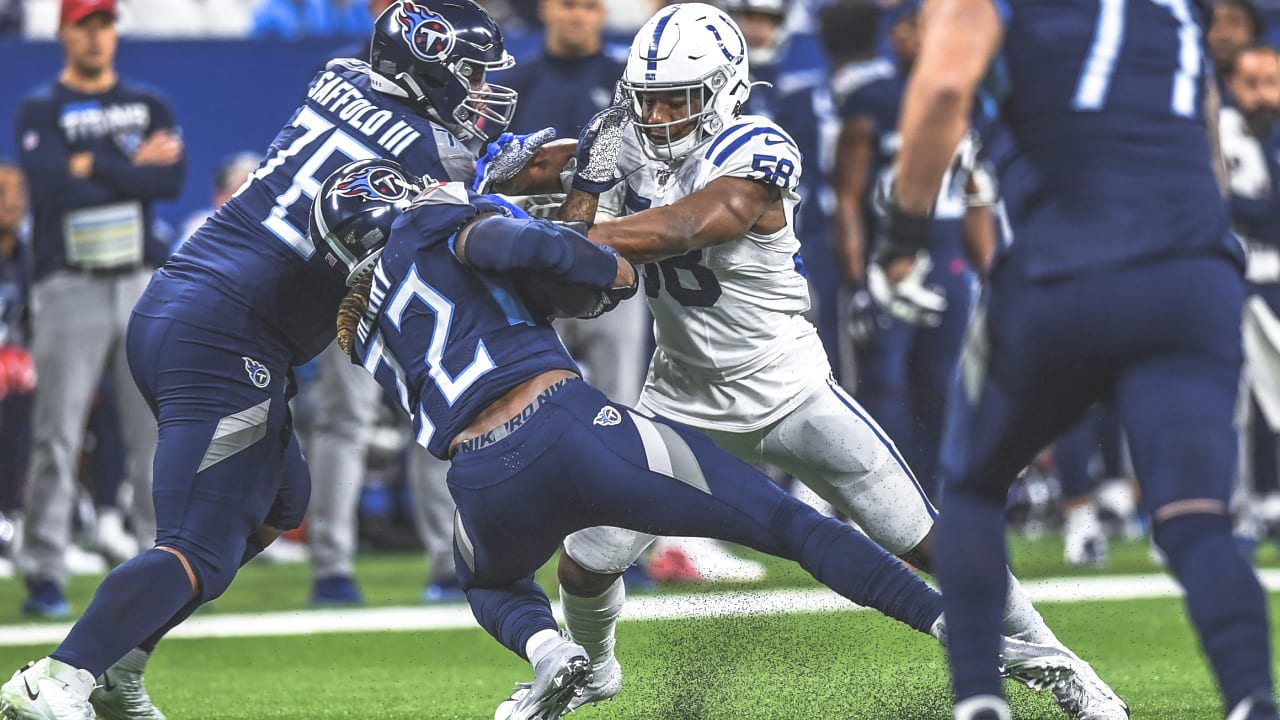 Okereke kicked off the 2020 offseason by being named to Pro Football Focus’ All-Rookie Team, and recently was named to NFL.com’s All-Under-25 Team.

Although he wasn’t an every-down player for the Colts’ defense as a rookie playing the SAM linebacker position, he made a huge impact.

“Yeah, I think we probably did use him a little bit more. We trust Bobby. Bobby is one of those guys that executes well, has high functional intelligence, plays the game at a high rate and learns at a high rate. He is one of the guys that we put in there and increased his role,” Colts defensive coordinator Matt Eberflus told reporters at the end of the season.

“You do different things with different guys. Sometimes you have a bigger-type body that you might set him on the line of scrimmage more. He might function as more of a defensive end or you have Bobby who is more of an off-the-ball linebacker where you put him in space, put him in the bubble and play him that way. It all depends on what they bring to the table,” Eberflus continued. “Bobby does a nice job in space. He is a good space-player. He is able to adjust his body, move in space and understand angles. He has done a nice job that way.”

Okereke was also the No. 8 linebacker overall in the NFL for those who played at least 450 snaps.

His biggest impact was felt in pass coverage, as his 79.2 grade was again tops among rookie and eighth among all NFL linebackers. Okereke allowed 28 receptions on 34 targets, but yielded the second-fewest yards per reception among rookie linebackers (7.4), the third-fewest yards after catch (120) and the fourth-best opponent passer rating (102.0).

In total, he started 8-of-16 games, amassing 58 tackles (two for loss), 1.0 sack, two forced fumbles, one fumble recovered, two pass breakups, one quarterback hit, and he intercepted and returned a two-point conversion attempt for points. He was credited with only five missed tackles throughout the season, according to PFF, which ranked fourth fewest among qualifying linebackers.

Moving forward, the Colts have a bit of a good problem to try and figure out.

They have a superstar linebacker at the WILL spot in Darius Leonard, who has very good chemistry with the starting MIKE, Anthony Walker. Together, the pair have both reached 100 tackles in each of the last two seasons.

The “problem” is that Okereke plays the linebacker spot that sees the fewest snaps in the SAM position, but he obviously is good enough to see the field more often.

Do the Colts experiment with switching Okereke and Walker’s spots, does Okereke take over the MIKE in primary passing downs, or do the Colts simply use more base defense in order to have all three linebackers on the field together?

Whatever the Colts decide to do, Okereke looks ready to shine even more in Year 2.