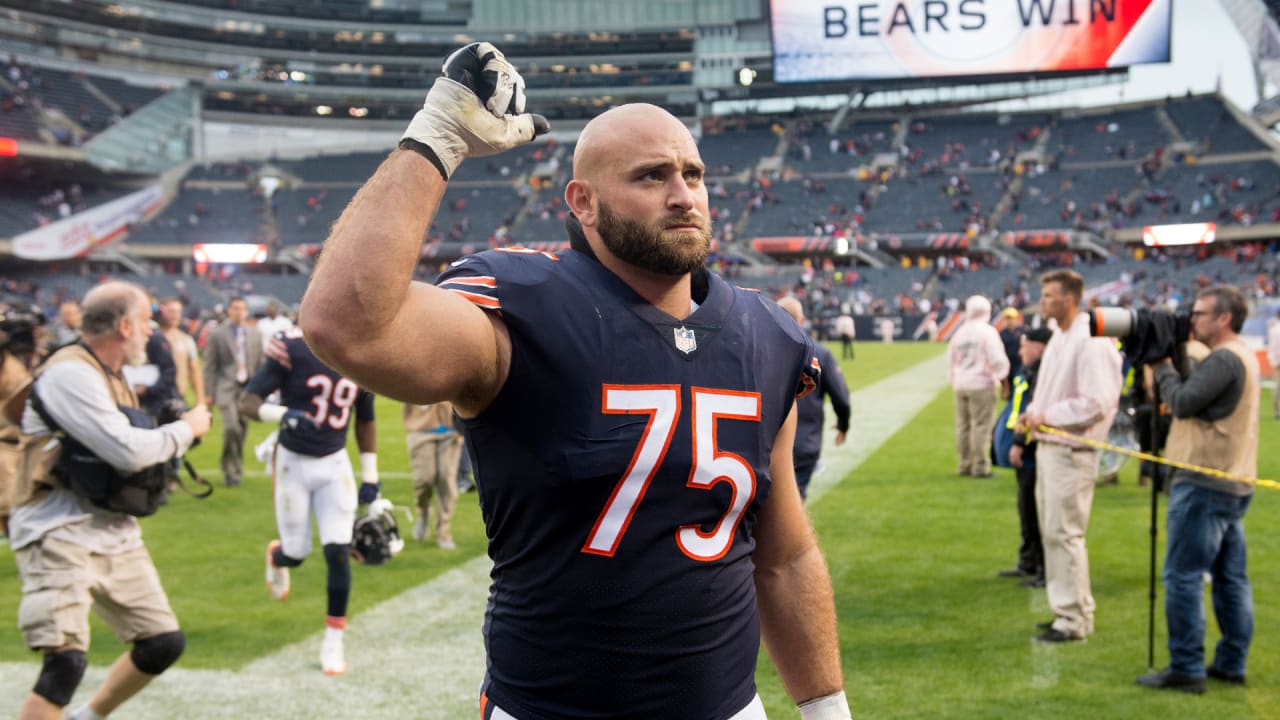 Guard Kyle Long announced on Twitter Sunday night that he’s moving on from the NFL after spending his entire seven-year pro career with the Bears.

First, the three-time Pro Bowler tweeted that he’s “stepping away and getting my body right.” Shortly thereafter, he replied to a tweet from a fan by writing, “I was drafted a Bear and I decided to retire a Bear.”

Long’s original tweet had a message for Chicagoans. “I want u to know how lucky I am to have spent time in your city,” he wrote. “I became a man while playing in Chicago. Thank you.”

Long was selected by the Bears with the 20th pick in the first round of the 2013 NFL Draft out of Oregon. The 6-6, 316-pounder made an immediate impact, becoming the first offensive lineman in franchise history to be voted to the Pro Bowl in each of his first three seasons and the first Bears player to accomplish the feat since Hall of Fame middle linebacker Brian Urlacher.

Long earned Pro Bowl honors at two different positions—at right guard his first two seasons before moving to right tackle in 2015. He returned to right guard in 2016 and remained there through the 2019 season.

After starting 47 of 48 games over his first three seasons, injuries forced Long to miss 34 of 64 contests the past four years.

Long sat out the last seven games in 2016 and the first two contests in 2017 after suffering a severe ankle injury in a road loss to the Buccaneers. He then missed the final four games in 2017 with a shoulder injury he sustained in a home defeat to the 49ers.

After spending the 2018 offseason recovering from separate surgeries on his neck, shoulder and elbow, Long started the first seven games before injuring his foot in a home win over the Jets. He missed eight contests before returning to start a Week 17 road win over the Vikings and a wild-card playoff loss to the Eagles.

Although Long was healthy last offseason for the first time in several years, he landed on injured reserve for the fourth straight season after starting four games in 2019.

Long’s path to the NFL was an unorthodox one. He entered the league after making just five starts at the Division I college level. He spent two seasons at Saddleback College in California before transferring to Oregon. Prior to that, he went to Florida State on a baseball scholarship but never played in a game before leaving the school.

This week in Chicago Bears history: May 25-31