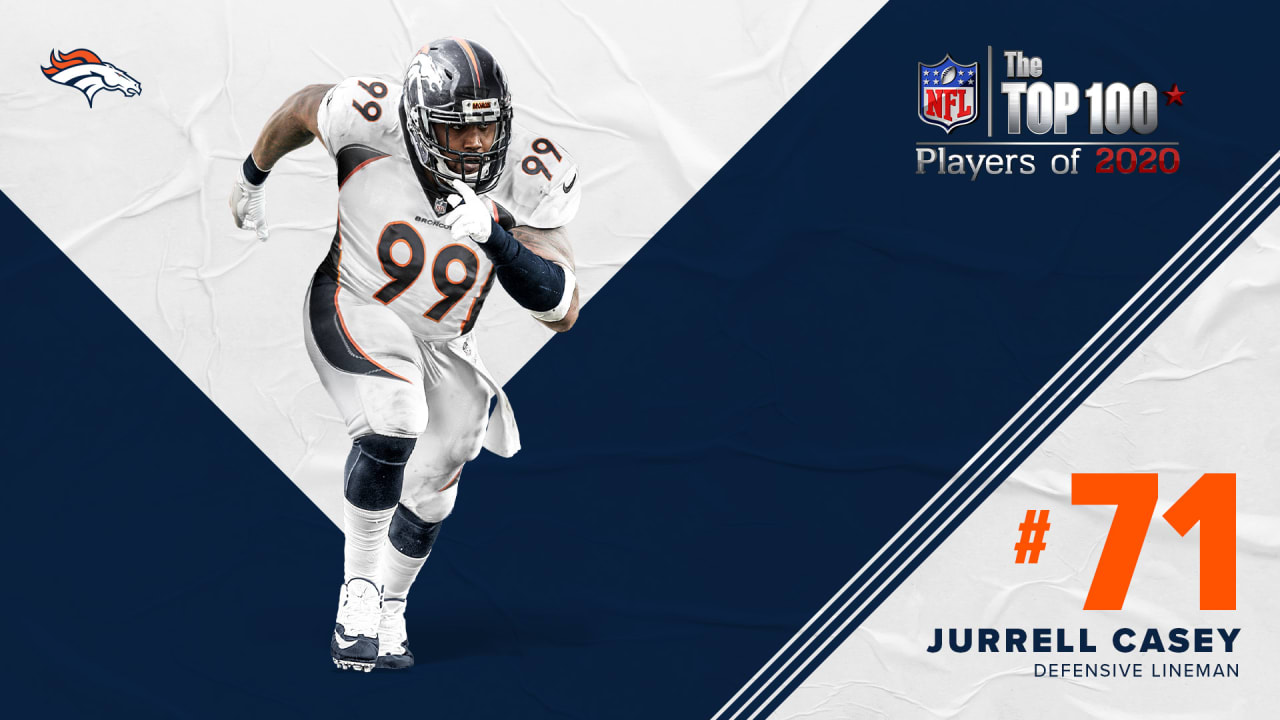 ENGLEWOOD, Colo. — One of the newest Broncos earned a spot Sunday among the NFL’s best.

As NFL Network began its countdown of the Top 100 players of 2020, five-time Pro Bowler Jurrell Casey came in at No. 71 on the annual list.

Casey, who enters his first season with the Broncos after the team acquired him for a seventh-round pick this offseason, appeared on the list for the fifth time in his career.

He also recorded two sacks and a forced fumble in a playoff win over the Ravens.

Drew Lock vows to put in extra work to help…