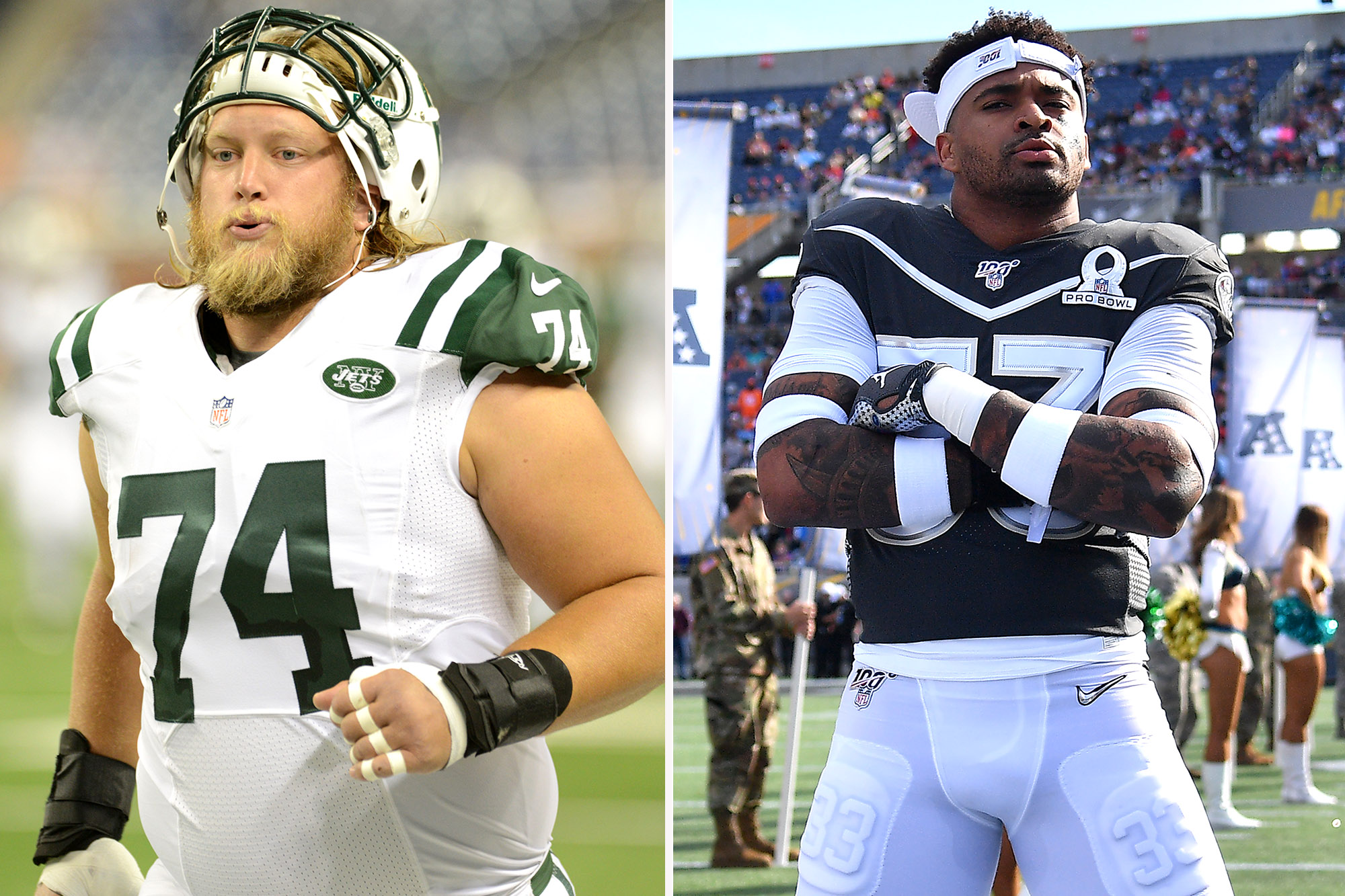 In Jamal Adams’ first media availability following his trade to the Seahawks, the ex-Jet said “the plan is to retire here” in Seattle. Mangold, who played all 11 of his NFL seasons with the Jets, found that ironic.

The two-time first-team All-Pro center quote tweeted The Post’s story about Adams’ comments, adding a GIF of Kevin Malone from The Office laughing in amusement.

Of course, fans have heard this sentiment from Adams before.

Before, and during, his public clash with Jets management over his contract situation, Adams said he wanted to be a “Jet for life.” In December, he told reporters “I’d love to be here [in NY], I’d love to be a part of this organization. It’s my calling.”

Apparently, he had someone else on the other line as he pushed his way out of New York.

“This is my calling, man,” Adams told reporters Thursday. “I’m here to stay, and I’m excited to be a Seattle Seahawk.”

Although he demanded a contract extension with the Jets, Adams and the Seahawks have agreed that the 2019 first-team All-Pro will play the 2020 season under his rookie contract.

In the leadup to the trade, Adams publicly trashed both head coach Adam Gase for a lack of leadership and general manager Joe Douglas for being insincere. The blockbuster deal netted the Jets two first-round picks, a third-round pick and safety Bradley McDougald.

“When I got the call, honestly, I broke down in tears of joy,” Adams said.