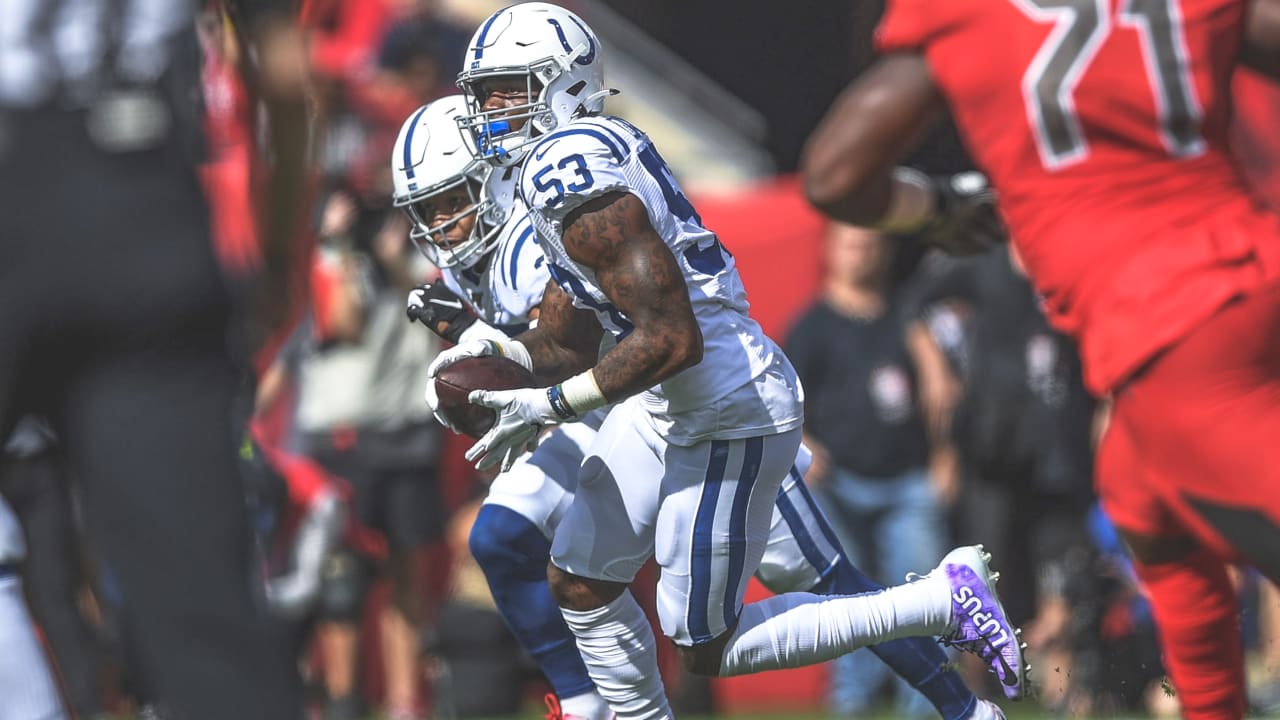 Linebackers often get recognized as run-stuffers, but in the modern NFL, guys like Leonard who can make plays in the passing game as well have become the prototype.

They’re light, but they’re long and as fast as safeties. They move very well in the open field, flying sideline-to-sideline, and they can make plays all over the field.

We’ve seen Leonard pick up high-level receivers and tight ends in coverage, and even go man-on-man with them from the slot. It’s safe to say that the Colts trust him with pretty much any task, and he performs it at a high level.

Leonard may just be the king of these new-age linebackers.

Leonard’s interceptions and passer rating allowed were both the best marks in the NFL for off-ball linebackers.

According to Pro Football Focus, Leonard earned the No. 14 grade in coverage from linebackers (71.4). The discrepancy between PFF’s grades and NFL.com’s rankings could be related to the fact that Leonard did “give up” a lot of receptions (seventh-most among off-ball linebackers), but that’s how the Colts’ 4-3 defense works: they can allow short completions, but limit deep shots and the yardage picked up after receptions.

If you include pass-rushing in Leonard’s effectiveness in coverage — which, why not? It’s a part of pass defense — then that sends him into the stratosphere.

Leonard earned PFF’s third-best pass-rush score among off-ball linebackers with a 78.4, and he registered 5.0 sacks in 2019, which were among the best marks for off-ball linebackers. His 13.3 pass-rush productivity score — which “combines sacks, hits and hurries relative to how many times they rush the passer,” according to PFF — ranked second.