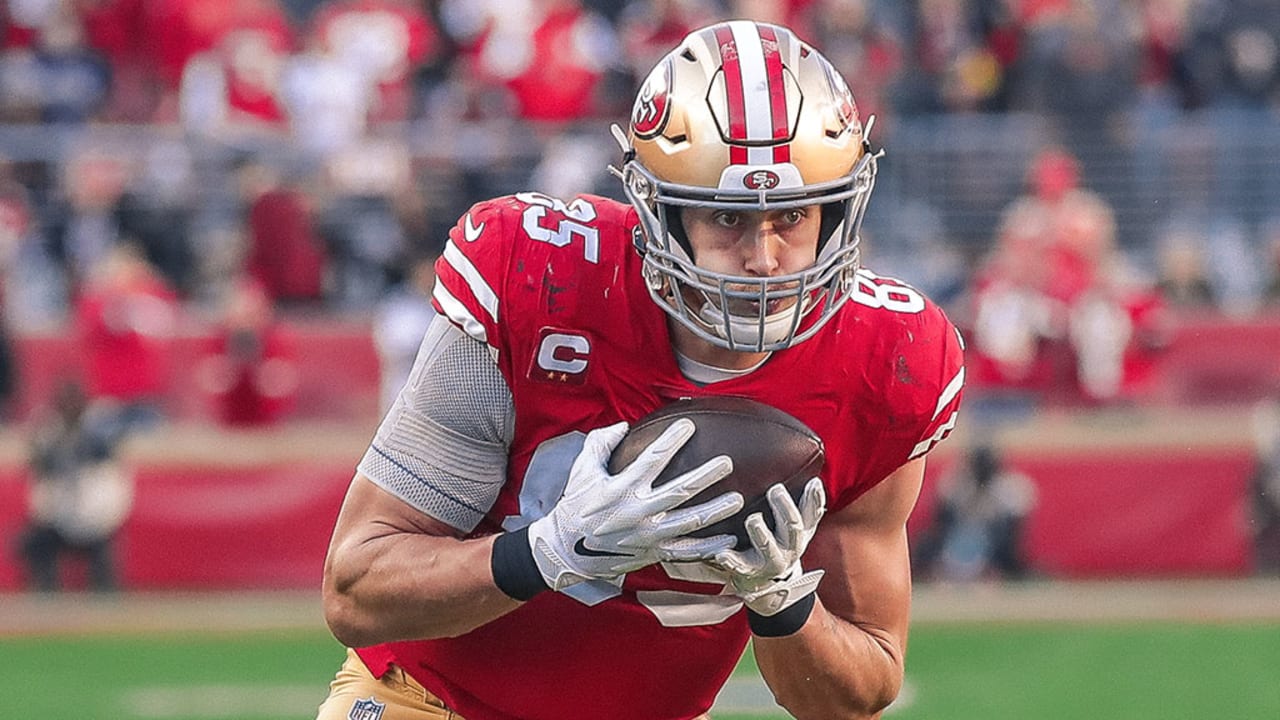 The 49ers released their practice report on Wednesday following the team’s first session ahead of Sunday’s NFC Championship game against the Green Bay Packers and San Francisco’s leading pass catcher landed on the list.

According to the team, George Kittle did not practice on Wednesday while dealing with an ankle injury. Kyle Shanahan wasn’t aware of the level of Kittle’s participation ahead of his afternoon press conference, however, is likely to detail the severity of the tight end’s ankle on Friday.

Shanahan admitted earlier this season that it is difficult to hold Kittle out of a game. The tight end missed two weeks back in November while dealing with an ankle and knee injury.

“We’re never going to decide on Kittle too early in the week,” Shanahan said back in November. “He’s always got a chance with some of the stuff he’s been able to go through here in these last couple of years.

“You can’t rule Kittle out. He’s earned it.”

As for Dee Ford, the 49ers will take the same approach as earlier in the season, by holding the pass rusher out of practice ahead of gameday. Ford didn’t practice much leading up into Saturday’s Divisional Round, however played 48 percent of snaps against the Minnesota Vikings. Ford did not suffer any setbacks coming out of the game and should be a full-go for Sunday’s tilt.

Kwon Alexander was the only limited participant during Wednesday’s workout, wearing a blue non-contact jersey. The 49ers are likely being cautious with the linebacker as he continues to progress in his return from a pectoral tear.

It’s worth noting, Kirk Cousins was limited to 9-of-14 completions for 48 yards and an interception when Ford was on the field on Saturday. Cousins was 12-of-15 passing for 124 yards and a touchdown when he wasn’t, according to Next Gen Stats.

Meanwhile at the Packers camp, wide receivers Geronimo Allison (illness) and Ryan Grant (not injury related) did not practice on Wednesday. Receiver Allen Lazard was a new name added to the practice report while dealing with an ankle injury.

Looking at the 49ers Upcoming Free Agents and…

Will this season’s Super Bowl title have asterisk…

Amended CBA Still Not Finalized As NFL Tries To…