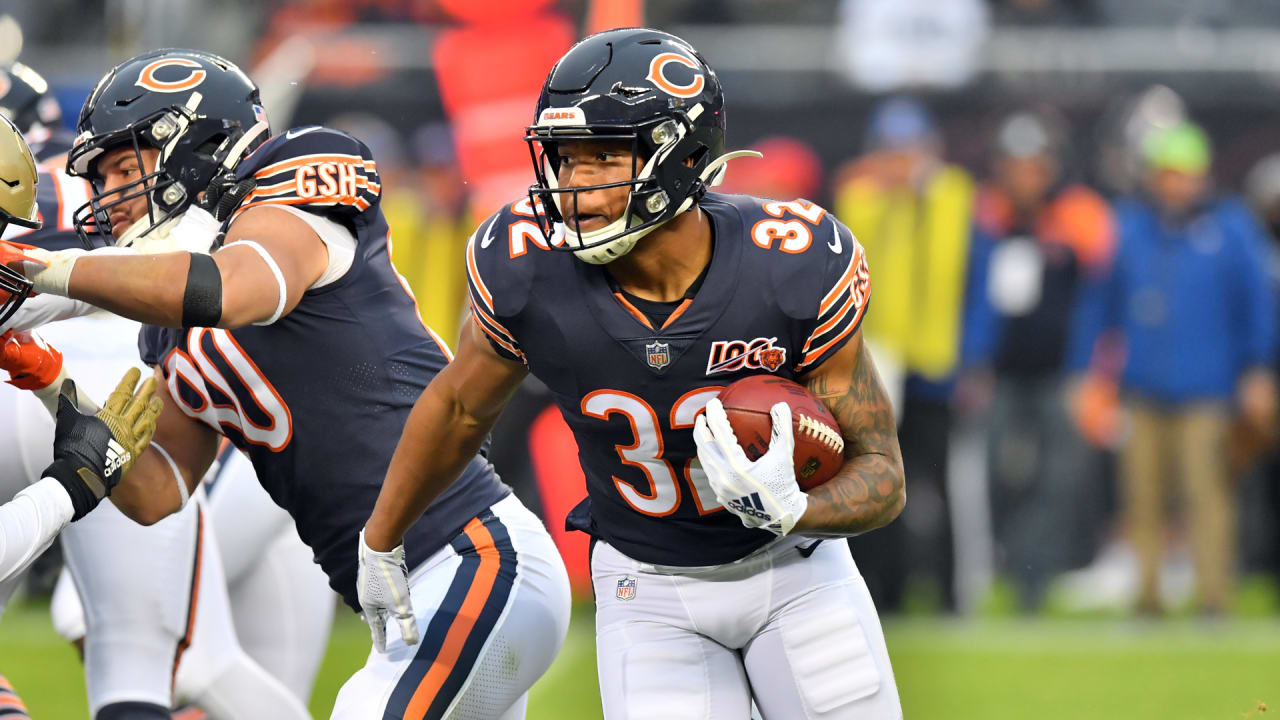 “In every game you can always see the violence that he runs with,” coach Matt Nagy said late last month in advance of the regular-season finale. “He breaks extra tackles.

“I like his growth this year. Being able to take it to the next level next year will be really important for us as a unit. I know he’s going to be extremely focused. He’ll probably take a week or two off just to get away and then he’ll be one of those guys.

“The other part of it, too, for him is he won’t be a rookie anymore. Sometimes it’s hard for these young guys; they come in as rookies and they don’t want to step on people’s toes. They just go about their business. Being his second year now, I’ll be curious to see how much of a leader he becomes.”

Montgomery had two 100-yard performances in 2019, rushing for a career-high 135 yards and one TD on 27 carries in a Week 8 loss to the Chargers and 113 yards and one touchdown on 23 attempts in a Week 17 win over the Vikings.

Montgomery’s lone touchdown reception of his rookie year was a 3-yarder from Mitchell Trubisky with 2:17 left in the fourth quarter on Thanksgiving in Detroit, lifting the Bears to a 24-20 comeback win over the Lions.

Montgomery’s career-long 55-yard run against the Chargers was the longest run by the Bears since Jordan Howard’s 69-yarder on Oct. 31, 2016 in a 20-10 victory over the Vikings at Soldier Field.

Fellow running back Tarik Cohen rushed for 213 yards on 64 carries and caught a career-high 79 passes for 456 yards and three touchdowns.

“He’s a dynamic player in so many areas—in the run game, in the pass game, in the return game,” general manager Ryan Pace said last week at his end-of-season press conference. “Tarik wants to be better. Tarik knows what he can provide to this offense. I don’t think it’s one player. I think we took a step back in a lot of areas. I think Tarik can be better. I think he knows he can be better. He’s a huge part of our offense. He’s a huge part of what we want to do going forward. And we expect a better performance from him next year.”

Veteran running back Mike Davis, who signed with the Bears as a free agent in March, appeared in seven games before being released Nov. 9. He rushed for 25 yards on eight carries and caught seven passes for 22 yards.

First-year pro Ryan Nall, who joined the Bears in 2018 as an undrafted free agent from Oregon State, played in the final seven games of the year. His first career rushing attempts came in the season finale in Minnesota when he rushed for eight yards on two carries.

Will Dak Prescott be with the Dallas Cowboys for…