SANTA CLARA, Calif. — When San Francisco 49ers coach Kyle Shanahan and general manager John Lynch arrived in 2017, their mission was clear: Tear everything down and begin a massive reclamation project.

For the 49ers’ power duo, part of the appeal was plenty of resources to make a rebuild happen. They had the No. 2 pick in the draft and more than $90 million in salary-cap space. They could set the course however they saw fit.

Three years later, the heavy lifting is over. After going a combined 10-22 in 2017 and 2018, the 49ers took a leap in 2019, jumping to 13-3, winning the NFC West and cruising through the playoffs on the way to Super Bowl LIV, where they came up short against the Kansas City Chiefs.

The work that needs doing this offseason, as the Niners attempt to take the final step to their sixth world championship, is far less daunting than what was needed in 2017. That doesn’t mean it will be easy.

In a perfect world, the 49ers could keep most of this past season’s team together while adding another dynamic piece or two. But that perfect world doesn’t exist for a team that has just a fraction of the resources it has had in the past two years.

As it stands, San Francisco has the No. 31 pick in the upcoming draft and then isn’t slated to pick again until the fifth round thanks to trading away a second-round choice for end Dee Ford, as well as third- and fourth-round selections for receiver Emmanuel Sanders and a fifth-round pick.

While the final salary-cap number hasn’t been set, the Niners are currently projected to have about $13 million that can go up to $20 million with a couple of expected roster moves.

That’s not much, especially for a team that has big-ticket unrestricted free agents in Sanders, defensive end Arik Armstead and free safety Jimmie Ward, as well as key backups such as defensive lineman Ronald Blair III and offensive lineman Ben Garland. The Niners will have the franchise and transition tags available, and Lynch has said “everything is on the table” when it comes to keeping their players, particularly Armstead.

The Niners also have cornerstone players such as Kittle and Buckner entering the final year of their rookie contracts and have made re-signing them to long-term extensions a priority.

If that sounds like a lot of work, it’s because it is, but Lynch believes it’s not quite as difficult as it seems on the surface.

A look at the 49ers’ free agents this offseason

“Someone was asking me, ‘Characterize our situation,'” Lynch said. “It’s not bleak. It’s not like some people where you have to cut players just to be able to meet certain deals. I think more so understanding that there are players that are really good players we want to take care of, knowing it is tight. There may have to be trade-offs along the way. But I think we’re in a good position to find a way to certainly keep the core together and even, like I said, our mindset to improve it.”

Among the trade-offs are some roster subtractions or alterations that can create salary-cap space. It’s unlikely receiver Marquise Goodwin and running back Jerick McKinnon will be back, especially at their current combined salary-cap number of almost $13.5 million. McKinnon said last week he would like to remain with the Niners and knows he’d need to make changes to his contract.

The Niners could create another $4.9 million in space by moving on from running back Tevin Coleman or working out a more cap-friendly deal for 2020.

Another option could be signing players such as cornerback Richard Sherman and fullback Kyle Juszczyk, both of whom factor into the plans next year and beyond, to extensions that decrease their cap numbers in the short term while guaranteeing more money in the long haul. 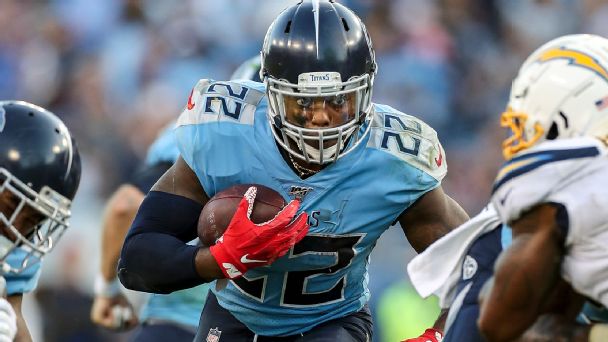 San Francisco has already worked out restructures with center Weston Richburg and linebacker Kwon Alexander, with others such as Ford and quarterback Jimmy Garoppolo offering additional possibilities to create flexibility, if needed.

Assuming they don’t move on from any starters not currently scheduled to be free agents, the Niners will welcome back 19 of their 22 offensive and defensive starters next season. That’s a good jumping-off point, even if they end up losing all three of Armstead, Sanders and Ward.

“We’re trying to get better,” Lynch said. “The bright side is that we’re top five in returning starters, and they’re really good players. We’ve accounted for taking care of some of our own players. … A lot of work has been done, now Kyle joins the process. And we’re committed to finding a way to be better. We’d love to keep everybody. This team is special. There’s a special feel to it. We hope that’s the case. It’s probably not likely, it just doesn’t happen in this league.”

Tom Brady should wait on the Saints in Free Agency

A closer look at which Broncos could join Steve…

If Joe Burrow wants to play for the Bengals, why…